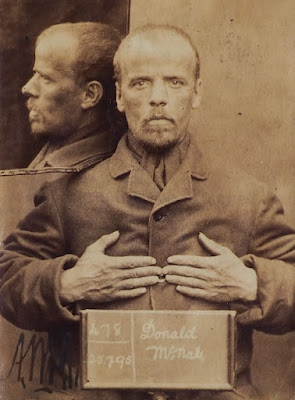 Donald McNab's entry in the Register of Returned Convicts for Aberdeen is the most extensive within the volume. Spanning two pages (see images at the foot of the page) it provides the usual details relating to height and appearance, the date when he was convicted and when he was discharged, but it also provides a long list of addresses in Aberdeen at which he lived between 1895 and 1901. These included 64 Upper Denburn (with a "Mrs McNab", who was almost certainly a relative), 2 Stronach's Close, 9 and 12 Exchequer Row, 30 Shiprow and the Victoria Lodging House. Among the other details are that he had sojourns in Leith, Turriff and Peterhead as well as two further convictions for theft at the Sheriff Court in Aberdeen in 1898 and 1899, for which he received three months imprisonment on both occasions.

Despite this rich detail, additional information about Donald McNab has so far proved elusive. It is pretty certain that it was "our man" who was sentenced to 5 years' penal servitude by the High Court in Glasgow in October 1891 when a Donald McNab and a James Boyle (both listed as then living at 6 Meuse Lane, Cowcaddens) were tried for the assault of Amelia Boyland and for stealing her purse containing 15s. 9d. Her address was given as Stirling Street, also in Cowcaddens. Although there is a report of the trial in the North British Daily Mail of 22nd October 1891, it is annoyingly brief with no additional information.  Although the trial papers are kept at the National Records of Scotland (NRS) in Edinburgh under the reference JC26/1891/136, I've not yet had a chance to view these. 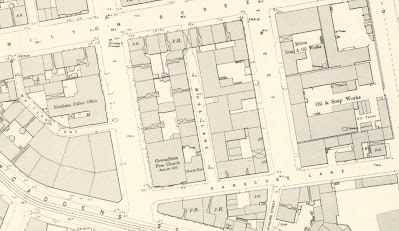 The NRS catalogue description of the trial papers states that Donald McNab was a "van driver" by occupation: the 1881 census lists a Donald McNab, aged 18, occupation "van driver", as an inmate at HM General Prison, Perth. This would fit with what we know of Donald having previous convictions and the age is about right, but in the absence of any corroborating details I can only be 90% sure that this is the same person. Assuming that my educated guesswork is correct, the 1881 census gives Donald's place of birth as Crieff in Perthshire. However, I've not been able to find him on the 1871 census, so the trail goes cold.

The 1891 and 1901 census returns are similarly mute regarding Donald's whereabouts, although the evidence would strongly suggest he was living in Glasgow in early 1891 while the Register of Returned Convicts puts him at 8 Exchequer Row, Aberdeen, at around the time the 1901 census was conducted, on the 31st March. 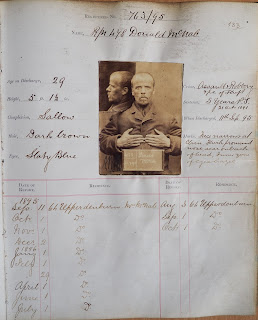 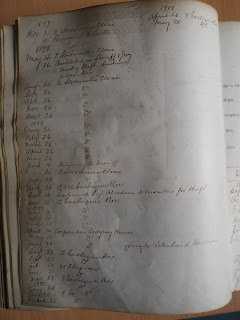 Donald McNab's entry in the Register of Returned Convicts for Aberdeen is the most extensive within the volume. Spanning two pages (see ...