Welcome to the Criminal Portraits blog. 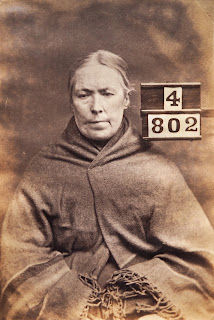 This blog is devoted to a fascinating collection of criminal 'mugshots' held by Aberdeen City & Aberdeenshire Archives. A small selection of them have previously been included in a couple of exhibitions for the 'Granite Noir' crime writing festival in 2019 and 2020 - the festival, now in its fourth year, takes place in Aberdeen during February. The incredible response to these images from the public convinced us that they deserved a wider audience.
The pictures are taken from two sources: the 'Register of Returned Convicts' for Aberdeen covering 1869-1939 and a much larger album containing over 900 images taken at HM General Prison, Perth, in the early 1880s. Indexes to both of these volumes can be found here. As the blog progresses, more detail will be provided about these two items and why they exist.
Our first image is from the album of prisoners released from HM General Prison, Perth and is of a woman named Catherine O’Hara. The Scotsman reported her trial on Tuesday 7th February 1882 as follows,

“Catherine O’Hara, an exceedingly miserable old woman, also pleaded guilty to stealing from a bleaching green on 3rd January last; and she was sentenced to nine month’s imprisonment. His Lordship, in passing sentence, and in answer to the prisoner’s appeal for another chance, pointed out that she had admitted 10 previous convictions in the period from October 1870 to January 1881, obtained either in the Police Court or the Sheriff Court of Mid-Lothian, with punishments of different durations. No doubt the sentence she now got was less than she had expected, but the difficulty was to know what would do her any good. If she had any calling at all, it seemed to be that of a professional thief – a calling that in many ways was a very bad one; it was very bad for her, and it was very bad for other people – in fact it was bad for all concerned”.

The mention of her previous convictions suggests that Catherine O'Hara was fairly familiar with Perth Prison. Indeed, she appears a prisoner there on the 1881 census, aged 59. She is further described as unmarried, her place of birth is given as Edinburgh, and her occupation is that of laundress.

Together with his accomplices, Christopher Byres and Gordon Bruce, Robert Paterson was one of a trio of criminals who were involved in an &q... 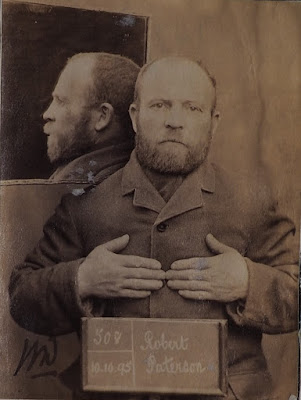